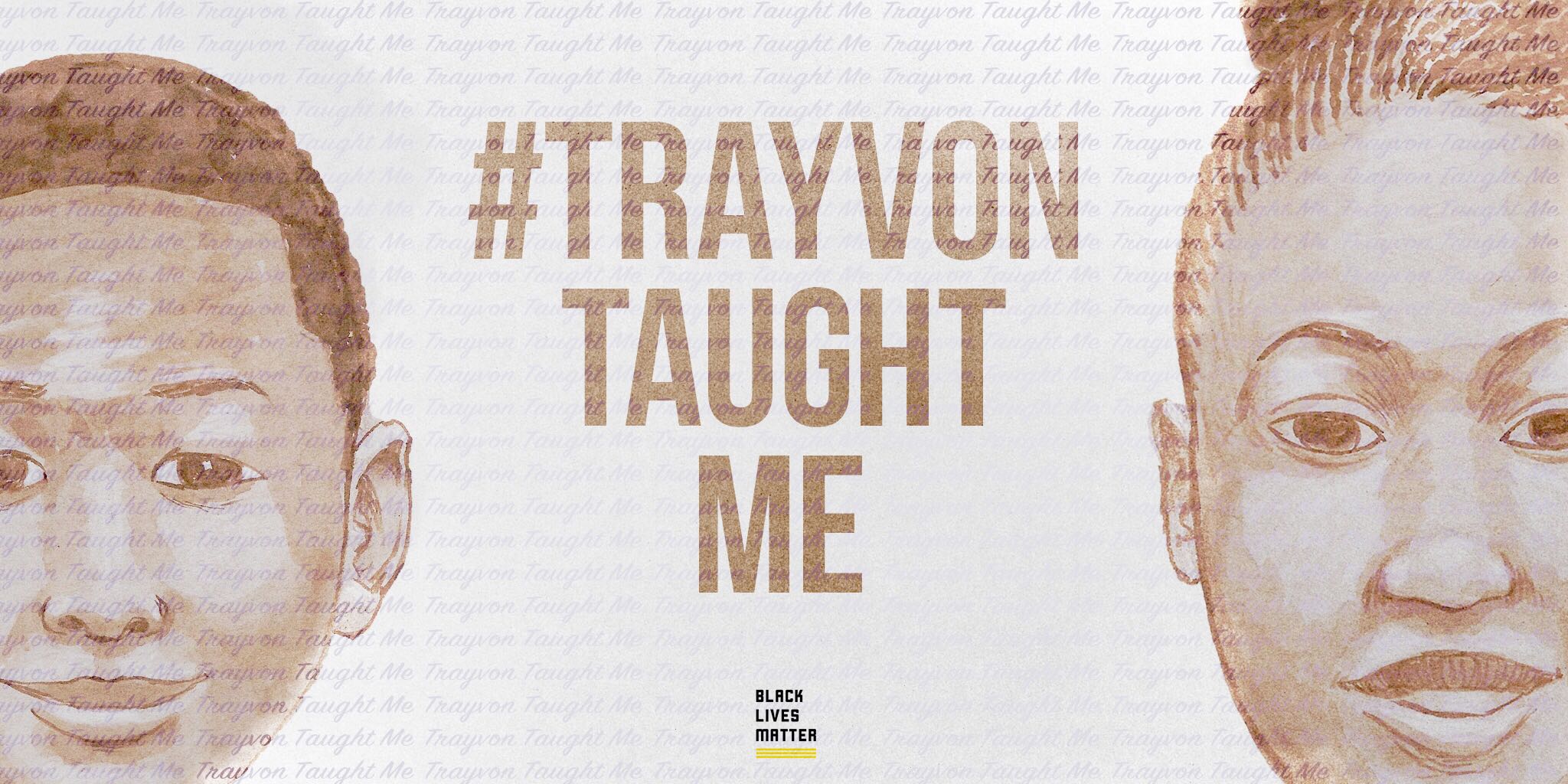 The #TrayvonTaughtMe digital campaign highlights the beginnings of the Black Lives Matter movement, and how Trayvon’s extrajudicial murder and his family’s commitment to ending gun violence and strengthening communities catalyzed a generation of organizers and activists to take action for Black lives. Five years later, the same conditions that led to Trayvon’s death have been exacerbated under the Trump administration. Anti-Blackness is pervasive and implicit, and Black children and adults continue to be put on  trial for our own murders. The perceptions of Black people and Blackness in America, and globally, have resulted in  the refusal to acknowledge the unique cultural contributions of Black people. Moreover, they perpetuate prejudice,  deadly policing, racist legislation, and interpersonal violence. Trayvon Martin’s death sparked a movement. #TrayvonTaughtMe allows us to capture how he and the movement changed all of our lives.

How to use the #TrayvonTaughtMe digital toolkit:

We’ll never forget what happened that day: On February 26, 2012, Trayvon Martin went for a walk and was brutally murdered by George Zimmerman. #TrayvonTaughtMe that Black children, women,  men, and gender non-conforming people are not safe in a country that doesn’t value their lives. He taught me that no one is safe—no one is innocent enough to escape extrajudicial murder, whether at the hands of police or a vigilante. #TrayvonTaughtMe that anti-Blackness is pervasive and implicit, and that our legal system is not equipped to deliver justice to Black communities. Trayvon Martin’s death sparked a movement. Please join us and honor his memory, and his family’s pain, with a contribution to the Trayvon Martin Foundation and a commitment to ending state-sanctioned violence against Black people. http://trayvonmartinfoundation.org/donate/

For BLM: We are the architects of our liberation

Five years ago today, Trayvon Martin—a teenager with his whole life ahead of him— was going about his day when he was murdered by George Zimmerman. Then and now,  Black children, women, men, and gender non-conforming people are widely perceived as threats rather than human beings. Trayvon’s death sparked a movement, and #TrayvonTaughtMe that we must be the agents of our liberation. Help honor his memory by supporting  his family’s work to end gun violence and strengthen our communities, with a donation to the Trayvon Martin Foundation. http://trayvonmartinfoundation.org/donate/

We demand an end to state-sanctioned violence

#TrayvonTaughtMe that our struggles as Black people are linked, and the systems that oppress us are also linked. Since the death of Trayvon Martin five years ago, we have launched a global movement for Black lives. We demand economic justice and self-determination, reparations and targeted long-term investments, a defunding of the systems and institutions that criminalize and cage us, and an end to the wars against Black people. #TrayvonTaughtMe there can be no liberation for all Black people if we do not center and fight for those who have been marginalized. https://policy.m4bl.org/platform/

Five years ago, Trayvon Martin’s extrajudicial murder sparked a movement. #TrayvonTaughtMe that non-Black allies must organize our communities to fight against anti-Blackness and state-sanctioned violence against Black people. We cannot sit on the sidelines or fail to center those most affected by systemic racism. Today, honor Trayvon’s memory by supporting his family’s work to end gun violence and strengthen Black communities, with a donation to the Trayvon Martin Foundation. http://trayvonmartinfoundation.org/donate/

What did Trayvon teach you? #TrayvonTaughtMe

How can we continue #RememberingTrayvon?

Consider posting a short video starting with the phrase “Trayvon Taught Me…” and tagging #TrayvonTaughtMe in the post. Here are some examples of short scripts you could use.